Agnes Varda, "queen of the margins" 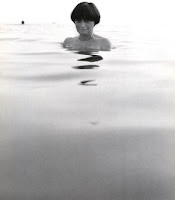 "If we opened people up, we'd find landscapes." ~ Agnes Varda

Agnes Varda was the only woman to make a significant cinematic mark amongst the filmmakers of the Left Bank, tangential to the French New Wave. Trained as a photographer, Varda picked up the camera on a whim, confounding the male-dominated medium and impressing her community of artists with her intuition and inventiveness. The purity and honesty of her work is a reflection of this spirit in her self-stated desire "to be loved as a filmmaker because I want to share emotions, to share the pleasure of being a filmmaker." It is Varda's modesty and humble nature that allow her to approach and describe her subjects in such a way that they can be truly seen. Her work is rarely strict documentary as it is more concerned with the impressions of reality rather than factual reality; Laurence Kardish, curator of the Museum of Modern Art Film Dept. describes it as "inflect(ing) narrative with reality."
Stylistically, her films are collage-like, poetic, and steeped in visual metaphor. Her most recent effort The Beaches of Agnes (2008) is an autobiographical journey through her memory - using cinema "to tell a life."


link to a profile/review of Varda in the New York Times, by A.O. Scott
http://topics.nytimes.com/topics/reference/timestopics/people/v/agnes_varda/index.html

another link to an article on Varda, with an overview of her work
http://archive.sensesofcinema.com/contents/directors/02/varda.html
Posted by anne arrington at Tuesday, October 20, 2009